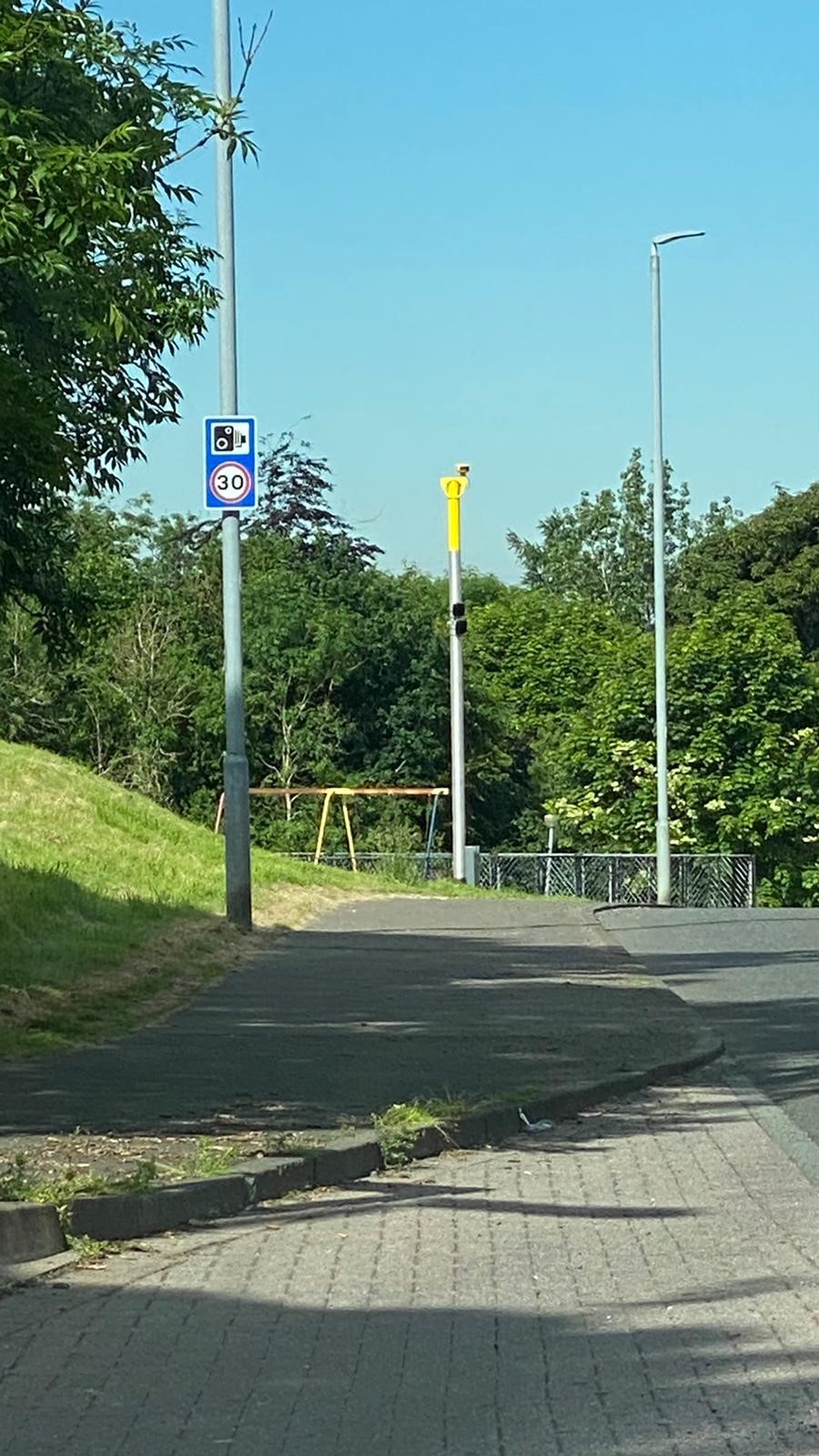 An average speed camera system on Auchinairn Road has now commenced enforcement in an effort to reduce casualties on this stretch of road.

The £98k site in East Dunbartonshire was identified during Safety Cameras Scotland’s annual site selection programme as being suitable for an average speed camera deployment. Across the 1 kilometre section of road there has been a history of speed related collisions, with 10 injury collisions recorded between 2014-2018. The speed surveys conducted on the road also showed that 78% of the traffic was travelling above the 30 mph speed limit.

The average speed camera system will consist of 3 linked Automatic Number Plate Recognition (ANPR) cameras to monitor the average speed of traffic over the section of road. Cameras have been installed in front and rear-facing orientation and offending vehicles can be recorded between multiple locations and multiple lanes within the system.

Auchinairn Road is a commuter road which connects to Glasgow city centre and is used by over 13,000 vehicles every day.

Alan Bowater, Area Safety Camera Manager for the West states ‘Average speed cameras aim to reduce casualties on Scotland's roads by providing a visible and effective deterrent. We know these cameras are effective at doing so because we have seen huge improvements on the existing stretches of road that these cameras cover. The combination of a history of speed related injury collisions and irresponsible drivers going above the speed limit mean now is the right time for this targeted investment. The addition of average speed cameras on Auchinairn Road will encourage improved driver behaviours and an enhanced level of speed limit compliance which we expect will lead to a reduction in injury collisions and ultimately a safer road network for all road users.’

A Cycling Scotland spokesperson commented: ‘Tackling speeding and other dangerous driving behaviour is essential to keep everyone safe on our roads. Evidence shows the risk of serious injury or death for people cycling and walking increases disproportionately as speed increases. The introduction of average speed cameras in Auchinairn is welcome to ensure people are safer when cycling, walking, wheeling or driving.’

Joint Council leader Andrew Polson said, ‘East Dunbartonshire Council takes road safety extremely seriously and we welcome the installation of an average speed camera system, which aims to see a reduction in the number of accidents and improve driver behaviour.’