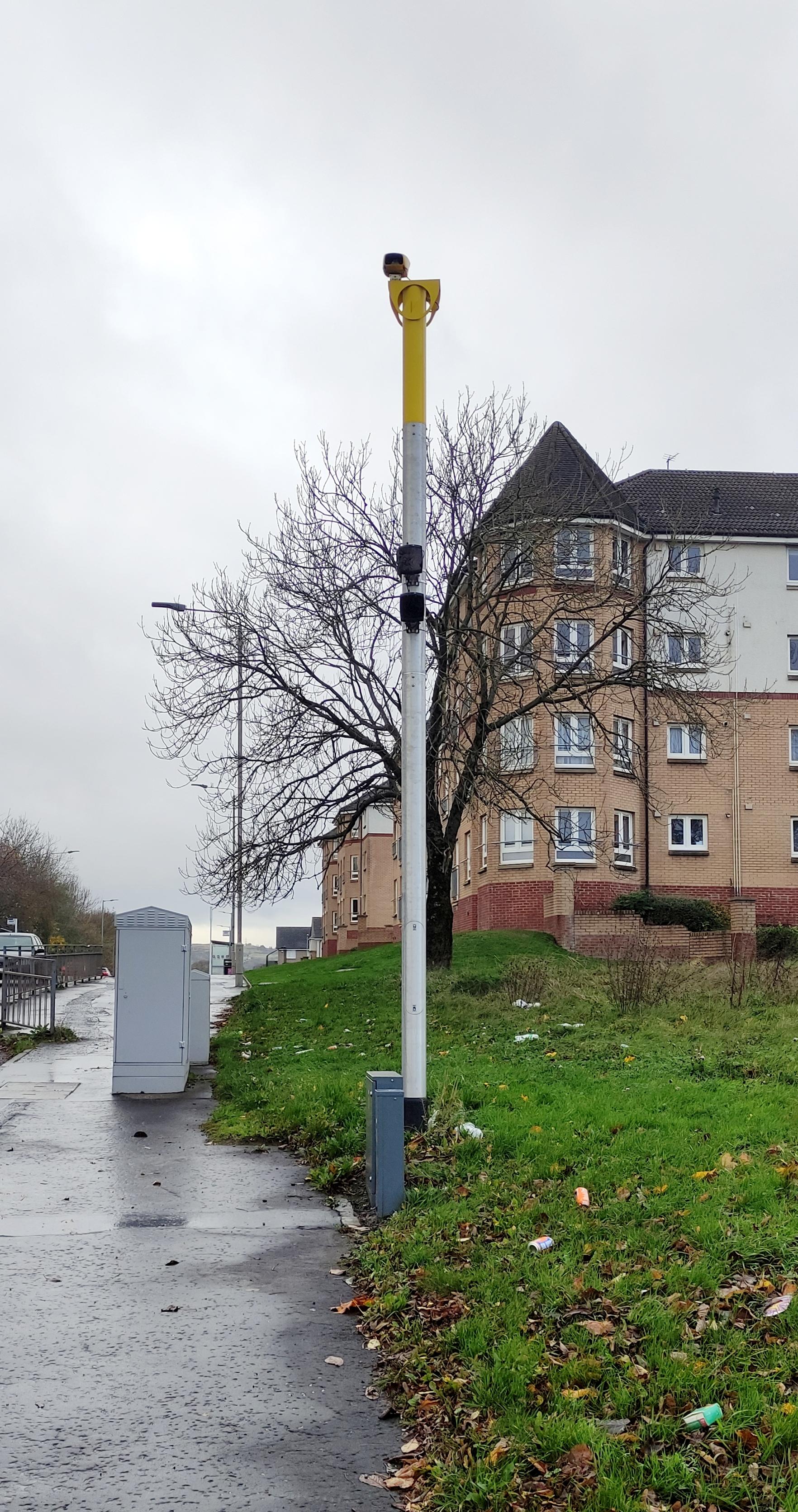 A £96k average speed camera system on Parkhouse Road, Glasgow, begins enforcement in an effort to reduce casualties on this stretch of road.

Safety cameras are deployed primarily where they will have the greatest casualty and collision reduction potential. The site was identified during the annual safety camera site selection process which found that between 2014-18 there had been 5 speed related injury collisions, including 1 which resulted in serious injury, along the 1km stretch of road. Speed surveys conducted also found that 74% of traffic on the road was travelling in excess of the 30mph speed limit.

The average speed camera system will consist of 3 linked Automatic Number Plate Recognition (ANPR) cameras to monitor the average speed of traffic over the section of road between the junction at Whitriggs Road and Nitshill Road. Cameras have been installed in front and rear-facing orientation and offending vehicles can be recorded between multiple locations and multiple lanes within the system.

Area Safety Camera Manager for the West, Alan Bowater, states ‘The aim of the average speed camera system on Parkhouse Road is to encourage improved driver behaviour and speed limit compliance. It is envisaged this will help to reduce the number of collisions on this stretch of road. Currently less than 30% of vehicles are travelling within the speed limit at this site, which is unacceptable. We operate a number of average speed cameras in 30mph urban areas and they are proven to make roads safer for local communities.’

Glasgow City Councillor Richardson said ‘The introduction of Glasgow’s first average speed camera system underlines our commitment to creating a road system where there are no serious or fatal incidents. Slowing vehicle speeds opens up opportunities for people to walk and cycle more often, which in turn improves the environment we all live in. The average speed cameras will help to address issues with driver behaviour along Parkhouse Road and help to make the road safer for all users, including drivers.’

'I am very grateful for our continued partnership working with Safety Cameras Scotland, which is ensuring ongoing improvements to road safety for our most vulnerable road users, such as pedestrians and cyclists.'