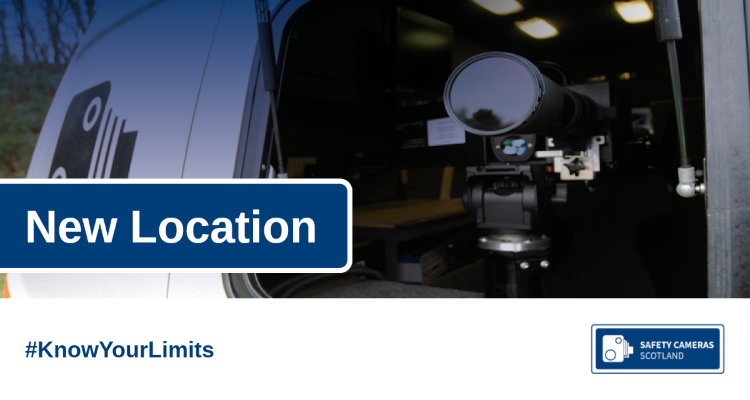 Safety Cameras Scotland has launched a summer staycation campaign to influence driver behaviour and encourage everyone to “stay within the speed limits this staycation”. Summer driving hazards such as the presence of more vulnerable road users will be highlighted, while also emphasising the penalties of driving above the speed limit, in a social media and direct marketing campaign.

In conjunction with the staycation campaign, the East Safety Camera Unit will commence a short term deployment on A827, south of Killin, on 19 July 2021, for a period of one month. This route is popular with both tourists and motorcyclists and concerns have been expressed by the local community regarding the volume and speed of traffic travelling on this road.

East Safety Camera Unit Manager, Michael Grant “Short term deployments allow us to respond to emerging issues or changes in traffic behaviour for a period of one month. Working with colleagues from Police Scotland and Stirling Council, the A827, south of Killin was identified as a location that would benefit from camera enforcement, due to a marked increase in traffic this summer. The presence of the safety camera van should remind motorists of the importance of staying within the speed limits to keep all road users safe”

Inspector Andrew Bushell, Police Scotland, Forth Valley Division “I am pleased that we can utilise the safety camera van in response to the increase in traffic on this route and the concerns raised by the local community regarding public safety. At this time of year, the route is particularly popular with tourists and motorcyclists and all road users should be reminded that it is their responsibility to travel at an appropriate speed within the speed limit. It is hoped that the presence of the safety camera van will improve speed limit compliance on this route and throughout the area”.