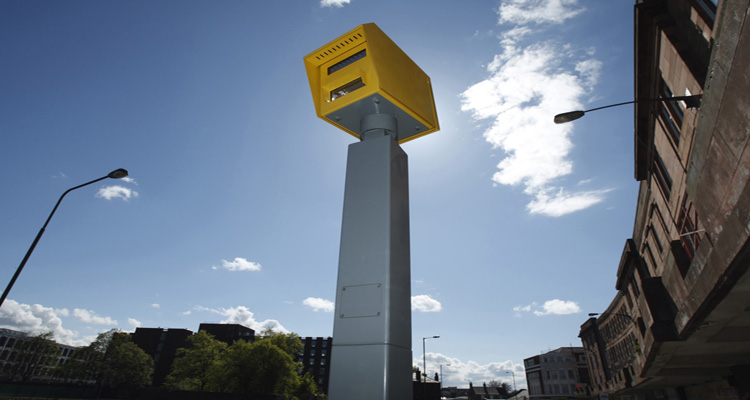 The decision to establish a camera here comes after a national site selection exercise where this stretch of road was identified due to the concerning number of injury collisions where speed has been a factor. The camera is being introduced to encourage motorists to drive within the speed limit in an effort to reduce these numbers.

“Safety cameras are there to make our roads safer.  They must be deployed primarily where they have the greatest potential to reduce injury collisions, and where there is evidence of collisions and speeding.  Following analysis with City of Edinburgh Council and Police Scotland it has been agreed that a safety camera should be introduced on Telford Road.”

Alternative solutions were explored to reduce the speed on Telford Road but the camera was the only viable option in encouraging speeding motorists to slow down.

“A new fixed speed camera began enforcement on Telford Road, Edinburgh today (11.12.17). All options were considered before the decision was taken to place a camera at this location. Like all enforcement cameras, if you are travelling within the speed limit you have nothing to worry about. Speeding risks lives, driving at a speed appropriate to the conditions and within the limit have been shown to reduce the likelihood of a collision and the reduction in severity of injury."