A90 casualty reduction - average speed cameras to be introduced 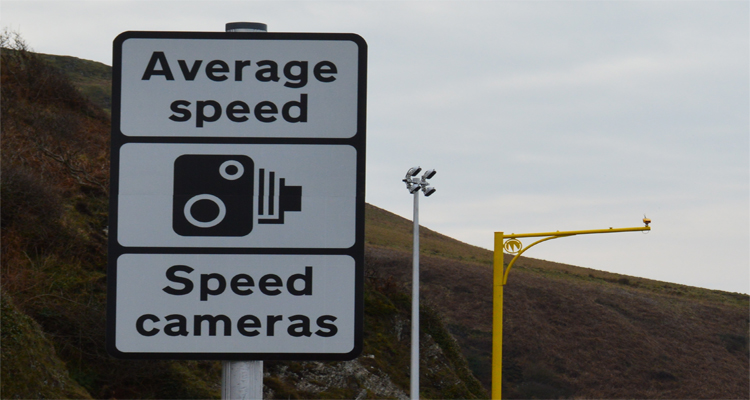 Preparatory work continues for the average speed camera system on the A90 between Dundee and Stonehaven. Next week, installation of the average speed equipment begins on the stretch between Dundee and Forfar. This rollout of the equipment will continue across the route throughout the summer with the full system expected to go live in the Autumn. In the interim period, the existing arrangement of fixed and mobile speed enforcement will remain in place.

The preparatory works will involve short term lane closures and restrictions which will be out-with peak periods on traffic sensitive parts of the route. Anyone using the route can find the most up to date travel information on the Traffic Scotland website http://trafficscotland.org/

Transport Minister Humza Yousaf today announced plans to improve safety on the A90, with average speed cameras to be installed between Dundee and Stonehaven.

The system will go-live in the Autumn, replacing the existing fixed and mobile camera enforcement currently taking place on this section of the route.

There are currently two permanent average speed camera systems in Scotland: on the A77 between Symington and Girvan and on the A9 between Dunblane and Inverness.

“The Scottish Government is committed, through Scotland’s Road Safety Framework to 2020, to achieving safer road travel and working towards an ultimate vision of zero fatalities and reducing the number of serious injuries on our roads.

“Installing average speed cameras on the A90 will make the road safer for everyone travelling along the route. We already know from our experience with the A9 that average speed cameras encourage better driver behaviour, with the number of fatal casualties down by over 37% and serious injury casualties by 45%. We can also expect to see improved journey time reliability and reductions in the number of people getting points on their licence and a fine.

“There have been 60 fatal and serious collisions on the A90 between Dundee and Stonehaven in the last five years alone. Any death on our roads is one too many, and I look forward to seeing similar results on the A90 as we’ve seen on the A77 and A9 in reducing casualties and improving driver behaviour.”

“Road Safety remains a priority for Police Scotland and we are committed to working with our partners to achieve the Scottish Government’s casualty reduction targets for 2020.  The introduction of average speed cameras on the A90 between Dundee and Stonehaven is welcome, as it will contribute to on-going efforts to reduce the number of collisions and resultant injuries that occur on that stretch of road.”

“This is a common sense proposal as fixed speed cameras have been in place on the A90 for decades but  there are still far too many serious crashes and unfortunately the main cause is all too often poor driver behaviour.  Given the positive impact on excessive speeding that the A9 and A77 systems have delivered average speed cameras will almost certainly be just as effective on the A90.  They offer the prospect of smoothing out the traffic flows, reducing stress and conflict and extending road safety benefits along the entire route from Dundee to Stonehaven.”